It's on Fire!!!
Stories of cooking, travel and other fires.

Two years ago, I made a promise.

Two months ago, I booked my ticket.

Two weeks ago, I fulfilled that promise.

After a glorious, stately, at times hilarious, very Catholic ceremony, legal papers were signed, rice was thrown, Prosecco was toasted and the newlyweds were sent off in a car amidst much fanfare and drone videography, leaving all the wedding goers to make their way to a nearby bar for much-needed cool drinks. 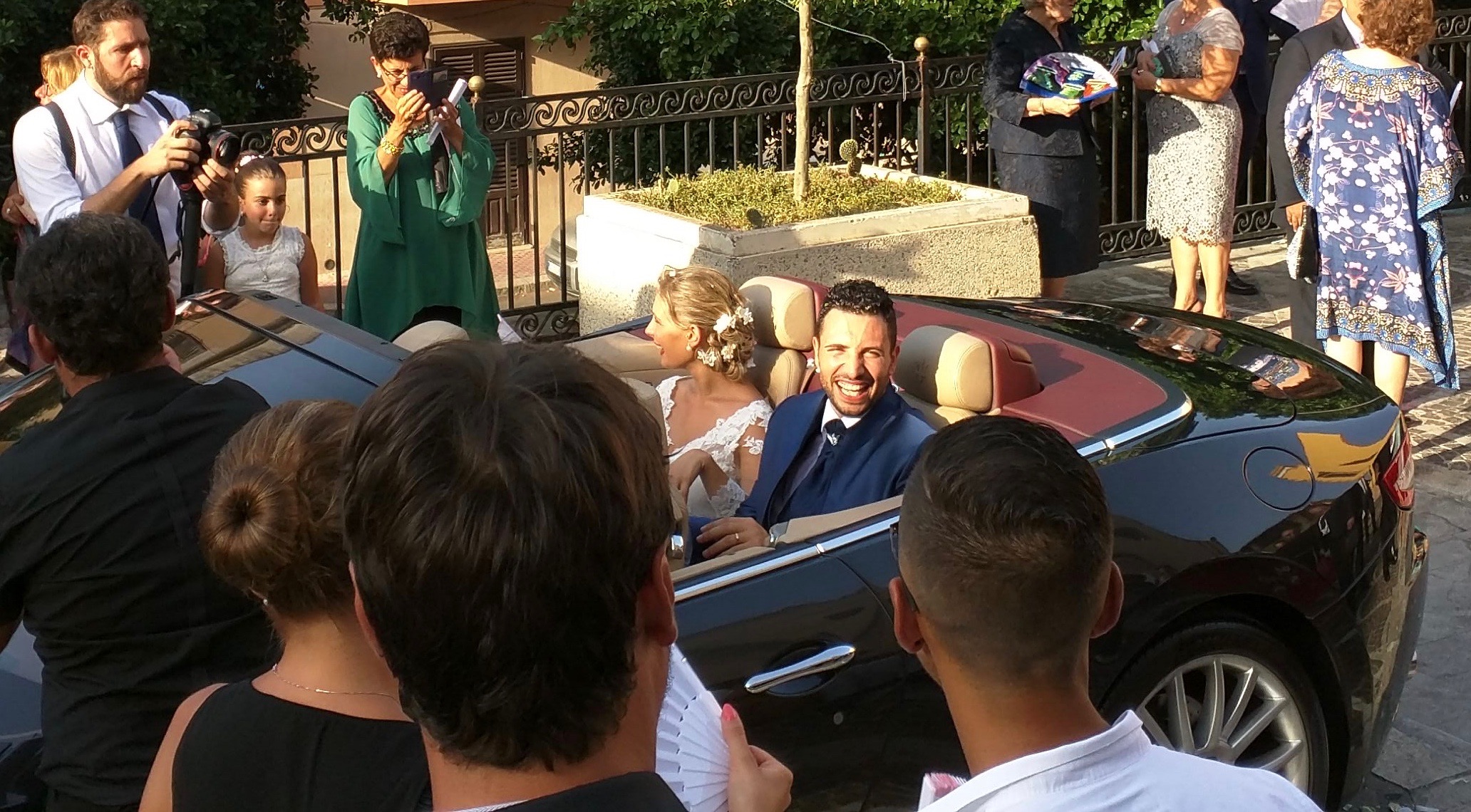 I have to admit, none of the pictures and very little of the official wedding video show that it was a scorching hot day and everyone was sweating right through their clothes! Air conditioning doesn't seem to be terribly common in Sicily (Europe?), and the church was aired out by electric and handheld fans at best. Some prescient soul had strategically placed handheld fans on the pews, which were clutched by happy couple, wedding party, and guests alike with a rather religious fervor. The day was lovely, however, and everyone was happy to see them wed.

At the wedding reception, the incredible (and alarmingly ample) food was concluded with a stunning selection of small desserts, each around the size of a petit four. One was fragola panna cotta, or strawberry cooked cream, a tiny pink oval that quivered in the gentle breeze. My friend A. and I discussed this for a while, concluding that it was almost entirely cream and strawberry juice, with either gelatin or egg whites just barely holding it together.

I haven't managed to find really good strawberries this summer, since my time has been consumed by work, karate, and the thousand little tasks that supposedly claim that I am a functioning adult. However, limes are in season during the summer, and the tiny rosemary sprout on my balcony hasn't died yet. I made this flavor combination in a form of a soda first, squeezing the juice of a lime over some ice cubes, tossing in some rosemary syrup and topping up with sparkling water. It doesn't quite qualify as a recipe, but I definitely recommend making a second batch of rosemary syrup just for this! If you're out of limes, lemon juice works brilliantly as well.

On a side note, this recipe requires a refrigerator and some time between components, around 3-4 hours. If pressed for time, I suggest just the panna cotta and leaving the jelly layer for another opportunity.

Rosemary Lime Panna Cotta
Adapted from David Lebovitz, because that man is a god of dessert
Makes around 2 1/2 cups of panna cotta and 3/4 cups jelly, or 3 1/4 cups of dessert total

In a small saucepan, heat the water, sugar and rosemary until the sugar has all dissolved. Allow to cool and steal some for drinks.

Note that this same saucepan can be used to make the panna cotta.

1. In a small bowl or cup, place the 1/4 cup rosemary syrup and sprinkle the gelatin over it. This allows the gelatin to soak up the water and "bloom" so it thickens without lumps. The gelatin will look lumpy anyway, so just sprinkle it as evenly as you can and let it sit to work its magic for a while, around 10 minutes.

2. In a small saucepan, heat the milk and cream until it starts to steam slightly. Take it off the fire and add the lime zest. Add the rosemary syrup and gelatin and gently stir until the gelatin is completely dissolved and there are no grains detectable.

3. Find four glasses, cups, ramekins or other small serving containers and divide the panna cotta mixture between them. Refrigerate until somewhat firm, around 3 hours.

1. Once the panna cotta appears to be relatively firm (I test by tilting it slightly; if the top is gelled enough for a second layer, it won't spill), place the 1/4 water in a small bowl or cup and sprinkle the gelatin over it.

2. In a small saucepan, or honestly, a microwave if you have one, heat the rosemary syrup and lime juice until hot, between 15-90 seconds depending on the fortitude of your microwave. Boiling the liquid tends to destroy the gelling power of gelatin, and you only need the liquid warm enough to dissolve the gelatin completely.

3. Stir the gelatin and water into the lime juice and rosemary syrup until there are no grains detectable and the mixture is cool enough to touch.

4. Pull the firm panna cotta from the refrigerator. Over the back of a spoon (to prevent divots and holes), lightly pour the jelly mixture over the panna cotta.

5. Return to the refrigerator and chill for another 3 hours to fully firm up the jelly. Enjoy!